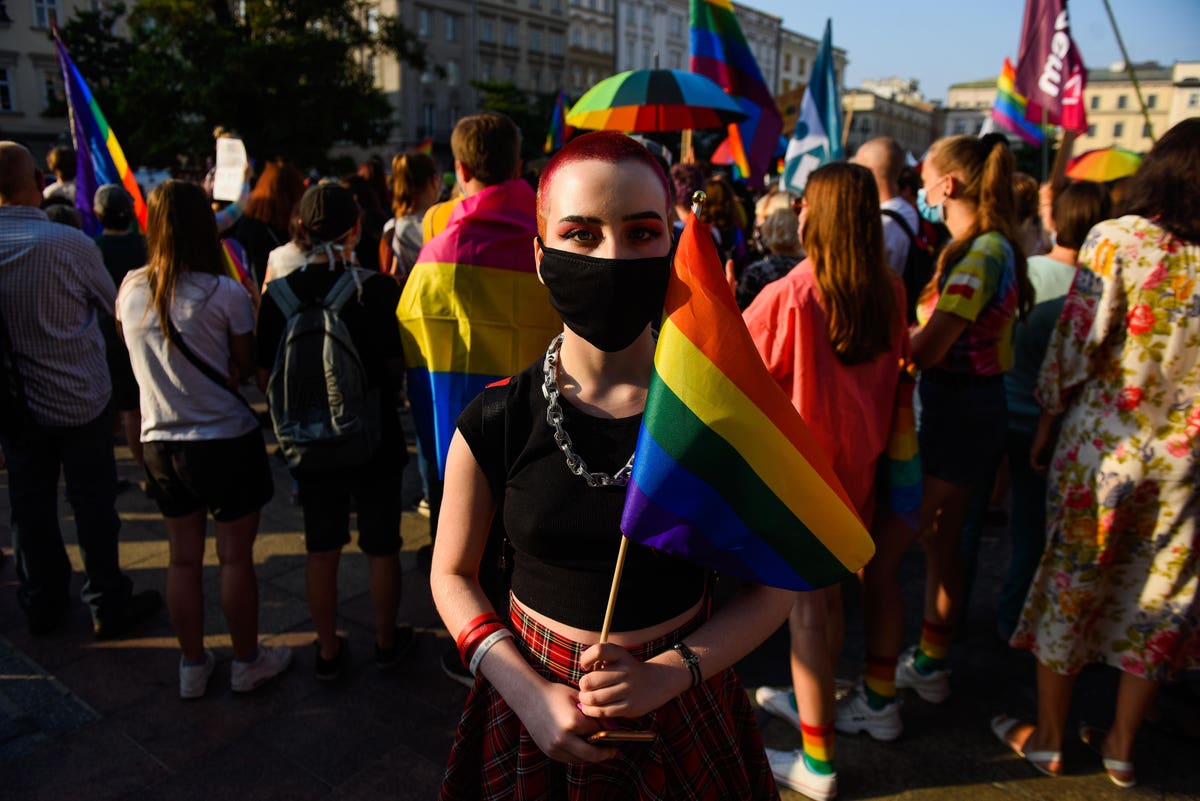 Despite progress in advancing LGBTQI rights, students are still likely to be bullied at school, and teachers often fail to intervene.

 
LGBTQI students are frequently the victims of bullying in school (Photo by Omar Marques/Getty … [+]
Getty Images
More than half of LGBTQI students have been bullied at school - but most of them never report it to school staff.
And even though teachers witnessed more than half of bullying incidents, they seldom take action, with eight out of 10 victims saying teachers rarely or never intervened.
The figures illustrate that, despite undeniable progress in advancing LGBTQI rights in the first two decades of this century, young people still face prejudice and discrimination in a place where they should feel safe and protected.
More than half - 54% - of LGBTQI (Lesbian, Gay, Bisexual, Transgender, Questioning/Queer, Intersex) students and young people in Europe reported experiencing bullying at least once in school as a result of their sexual orientation, gender identity, or gender expression, according to research published today.
But only 15% said they systematically reported their experiences to school staff, while 58% said they never reported bullying incidents.
A third of those said they didn’t report it because school staff had not done anything about previous incidents. Teachers were present for more than half of incidents, but 80% of students said teachers never or rarely intervened.
“Many LGBTQI students still feel un-safe and unwelcome in school,” said Jonathan Beger, Interim Executive Director of IGLYO (International LGBTQI Youth and Student Organization), which carried out the research along with UNESCO, the U.N.’s education agency.
“LGBTQI young people, especially trans, non-binary, gender non-conforming and intersex learners, are experiencing unacceptably high levels of discrimination and harassment and urgently need robust and explicit protections in laws, policies and practices, especially within education,” he added.
Two thirds (67%) of students said they had been the target of negative comments, and eight out of 10 (83%) had heard negative comments towards LGBTQI students. One in four experienced verbal harassment on a regular basis.
But fewer than one in five said they had been taught positive representations of LGBTQI people in school, according to the survey of 17,000 young people aged 13-24, published to mark International Day Against Homophobia, Biphobia, Transphobia and Intersexphobia.
And fewer than half of Council of Europe members states (19 out of 47) made addressing sexual orientation and gender identity a compulsory part of the curriculum.
“Education is about more than just maths and words,” said Manos Antoninis, director of UNESCO’s Global Education Monitoring (GEM) report. “Schools have to be inclusive if we want society to be inclusive. If children are being taught that only a certain type of person is accepted, that is going to affect the way they behave towards others.”
The level of prejudice LGBTQI students face takes a toll on their school attendance, according to the research.
In the U.S., research found that one in eight (12.5%) of lesbian, gay and bisexual students said they had missed school at least once in the previous 30 days because they felt unsafe at school or on the way to and from school.
And it is a global problem, even in societies normally regarded as tolerant. In New Zealand, LGBTQI students were three times more likely to be bullied than their peers.
In Europe, trans women were the most likely group to be on the receiving end of bullying at school, with nine in 10 saying they had been bullied.
There are signs of progress. The proportion of young people who had hidden their sexual orientation or gender identity while at school fell from 47% in 2012 to 41%, while young people are more likely to say their rights were supported in school and that LGBTQI issues had been addressed in school than previous generations.
The outlook for lesbian, gay and bisexual young people is undoubtedly more favorable now than it was at the turn of the century, with progress around the world in employment, partnership and inheritance rights.
But it is clear that there is much more work to do to make sure schools are safe places for LGBTQI young people.