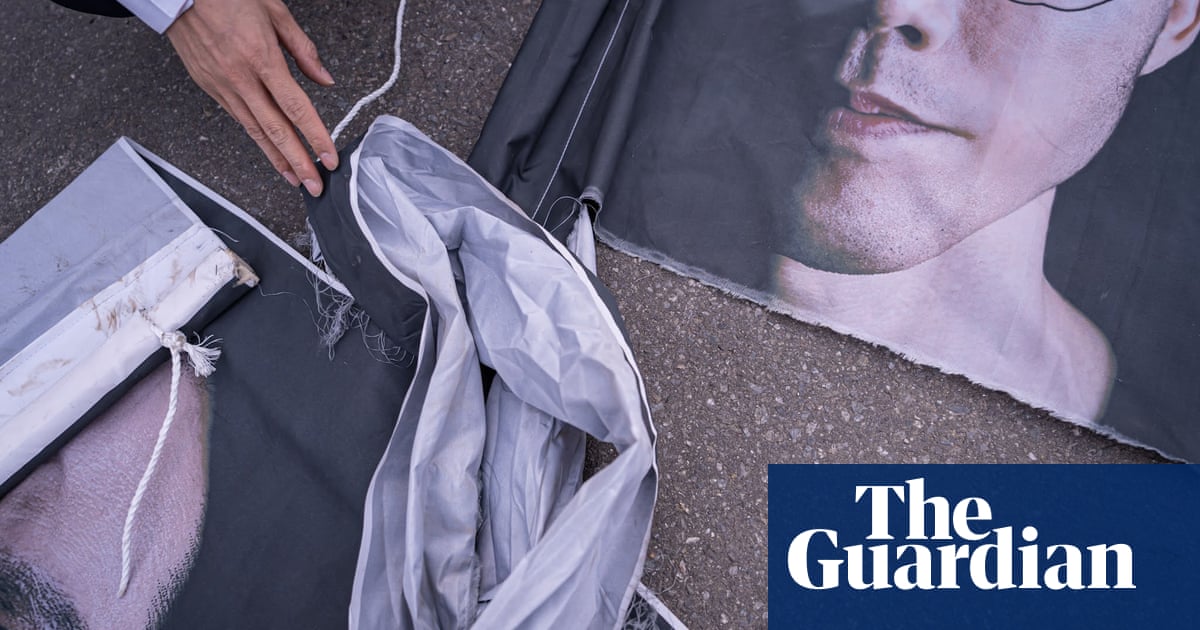 Oh Tae-yang was spurred to run for mayor by the deaths of high-profile LGBT figures, and has upset some in conservative South Korea

Oh Tae-yang was spurred to run for mayor by the deaths of high-profile LGBT figures, and has upset some in conservative South Korea

One morning in late March, Oh Tae-yang awoke to news that his campaign banners, which feature rainbow flags and pledges to work toward same-sex marriage, had been vandalised, torn down and strewn across the ground.

After he got over the initial surprise, he noticed a particular detail in the destruction. “The banners had been ripped horizontally just below my neck, as if the person who did it was thinking of cutting my head off,” Oh said.

Oh is a fringe candidate in Wednesday’s Seoul mayoral byelection, and the only one whose platform is built on advocacy for the LGBTQ community and other vulnerable groups. “Sexual minorities are often invisible people in our society. The person who ripped down the banners must have felt they had a right to live without being reminded of such people’s existence,” Oh, 45, told the Guardian at his office in Seoul.

Oh Tae-yang was spurred to run for office after the deaths of three prominent members of Seoul’s LGBTQ community, particularly that of Byun Hee-soo, a trans woman who was forcibly discharged from the military after undergoing gender confirmation surgery.
Her death came within weeks of those of Kim Ki-hong, a non-binary politician and activist, Lee Eun-yong, an LGBTQ playwright.

“I attended the memorials after these deaths, and talked to people there, and I kept wondering, why did these people feel they had no choice but to take their own lives? I want to try to understand this situation and enact measures to prevent deaths like these,” Oh said.
Despite its economic power, technological prowess and the soaring global popularity of its pop music and cuisine, South Korea remains a conservative, patriarchal society.

The byelection is in effect a two-way race between ruling Democratic party candidate Park Young-sun and Oh Se-hoon of the main opposition People Power party. The last poll before the vote shows Oh Se-hoon – who is no relation to fellow candidate Oh Tae-yang – in front by a wide margin, with 55% of voters saying they plan to cast their ballots for him, compared with 32% for Park.

The vote is mostly seen as a referendum on the tenure of the Democratic party and the left-leaning president, Moon Jae-in. Moon’s popularity has plummeted in recent months amid government corruption scandals. Voters are also disappointed by the administration’s failure to rein in rising housing prices and spur an economic revival.

Two byelections are being held on Wednesday: in Seoul, and in Busan, South Korea’s second-largest city. Both contests have their roots in allegations of sexual misconduct levied against the previous mayors of both cities. The former Seoul mayor Park Won-soon took his own life after a former secretary accused him of having sexually harassed her for years. In Busan the previous mayor resigned after a female aide accused him of unwanted touching. Both were members of the ruling party.

In Busan too, the opposition People Power party looks poised to come out on top, with candidate Park Hyung-joon holding a large lead over ruling party rival Kim Young-choon. Park was up 57% to 31% in the last poll.

‘He can influence and educate’

Oh knows he isn’t going to be the next mayor of South Korea’s biggest city, but feels as though his presence on the ballot, and open advocacy for LGBTQ issues, can create momentum toward improving minority rights.

“Just his candidacy is absolutely important,” says Heezy Yang, a 30-year-old Seoul-based drag performer. “Even if he doesn’t win the election, him being seen making statements that are supportive of LGBTQ+ people matters a lot, because he can influence and educate.”

Yang says the conditions faced by LGBTQ South Koreans are “steadily improving” but still have a long way to go. “When I was a kid, LGBTQ+ issues were never even mentioned in this country’s politics. Now because there are politicians and influential people who are supportive of us, the concept of being ‘pro-LGBTQ+’ is a thing and it matters,” said Yang.

LGBTQ activists in South Korea have long been calling for legislation that would mandate penalties for discrimination on the basis of sexual orientation and other identities. For example, other Seoul mayoral candidates have hesitated to guarantee LGBTQ groups’ rights to hold a Pride festival in Seoul, saying the public may be made uncomfortable with public displays of their identity. Advocates have pointed out that freedom of assembly is included in South Korea’s constitution.

If Oh were elected mayor, he says he would issue city ordinances banning such discrimination, and permitting same-sex marriages.

He would also create various offices in Seoul city government to improve conditions for people with disabilities, multicultural households and youth, while aiming to have half of all city government jobs filled by women.

Oh Se-hoon, the most likely victor of Wednesday’s election, would be taking office for his second stint as Seoul mayor, having served in the post from 2006 to 2011. Like many South Koreans, Oh Tae-yang feels frustrated at how the nation’s politics can seem like a game of musical chairs between the same old politicians with the same old ideas.

“For a long time in our country, people just thought that if they made enough money, everything would be fine and they didn’t need to worry about anything else. Fewer people think like that now, more young people recognise that we need different kinds of solutions,” Oh said.
“And that starts with diversity, by different kinds of people having a voice. That’s real democracy.”